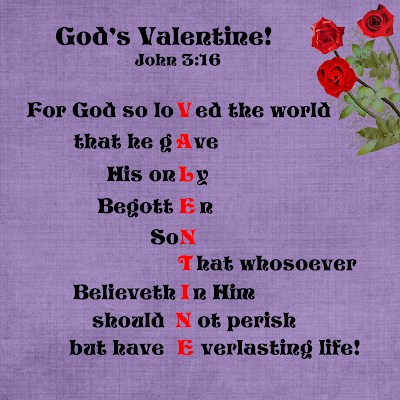 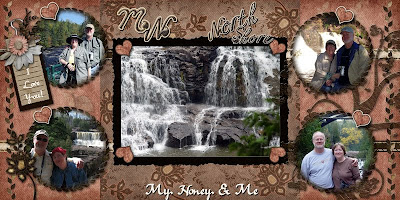 What better inspiration than Valentine's Day approaching, desire to make special "card" for hubby and memories of our trips to the MN North Shore (Lake Superior) with its many waterfalls & lighthouses. This layout is obviously about the waterfalls :-)
♥~♥*♥~~♥*♥~♥
I joined a challenge over at SAS (Stone Accents Studio, newly named "Digital Scrapbooking Studio"... "theStudio" for short). It was a new WordArt challenge that provided the text/font stuff and gave tutorial (step-by-step instructions) on how to turn it into WA. This challenge began with learning how to turn it into a "sticker"... by using the stroke feature under editing. It was SO exciting to learn something new that did so much! Better yet, to be able to "remember" it and use it again in this layout with the alphabet title and the little hearts used as photo anchors.
♥~♥*♥~~♥*♥~♥
Well -- the card never got made... BUT, I completed 4 layouts in only 2 days! (two of them were double-pg spreads). Techniques used included: stroke, masking, layering, drop shadows (another NEW thing for me -- SO fun!!! makes those elements pop off the page, giving it a 3D look), designed an overlay!, varying opacity, etc.
♥~♥*♥~~♥*♥~♥
Not only did I have my sweetheart & Valentine's for inspiration, but I was working with some absolutely AWESOME kits from Alice. Then there was a very special layout of memories with the boys & video games. It was TONS of fun searching for those pictures of the "then" ... and of course, even though I had "recently" seen some... there were some key pics that couldn't be found this time around. But, you can see a distinctive difference between the video games of the past and the Wii games of now. When the layout was done, it was still crying out for something... I just wasn't sure whether it would make it too busy or not. So, I went for it -- calling my youngest son who was the game guru (saved his money to buy his 1st game machine, and the next, and the one after that... )... ended up getting a memory refresher on the names of our favorite games from both him & my honey. And off to the screen & PSE5 I went (the next day) to make a "game name overlay" which I then placed on the background layers. It added just the right touch for dimension AND personalized it. I'll show you the before & after pics.
♥~♥*♥~~♥*♥~♥
But, before I show you more layouts, here's the kit I used for the MN North Shore above: 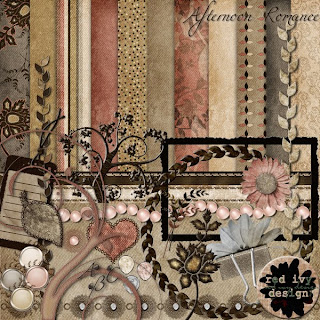 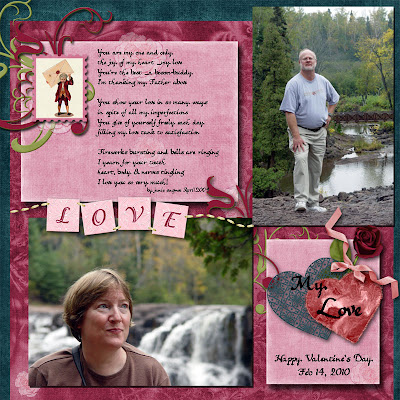 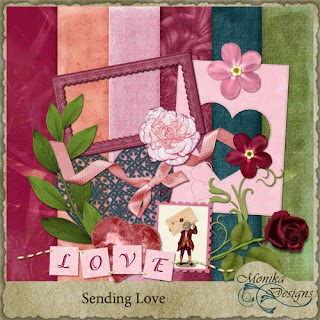 This Valentine themed kit was the color challenge over at "theStudio"—"Sending Love" kit by Monika Digital Designs. other credits: font - SF-Alexa & poem written by janieinMN.
♥~♥*♥~~♥*♥~♥
And here's the fun "then versus now" about video games. . .
Video-Wii?—Then vs Now! 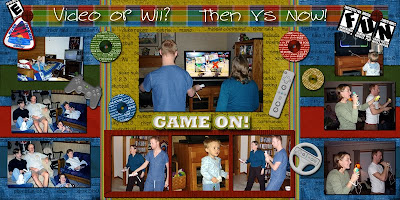 and here's it before adding my "game name overlay" 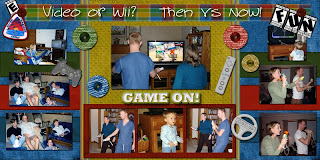 and here's the SUPER FUN kit I used—"Game On" by MagsGraphics
other credits: game name Overlay by janieinMN & font: SU Pittipat 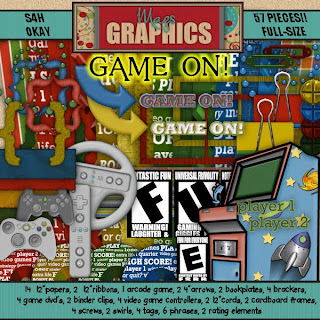 I was thrilled to discover Alice's Red Ivy Designs over at Scrappity-Doo-Dah's. She's the featured artist & her kit "Ami" is the current daily download. She's graciously added me to her CT (creative team). I love her artwork!
♥~♥*♥~~♥*♥~♥ 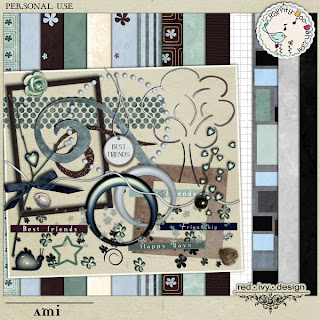 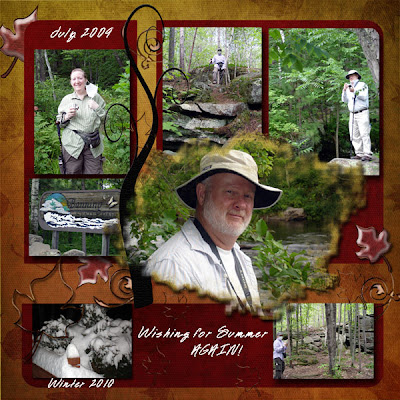 With more snow on the way, I couldn't help but think of summer... especially as I was organizing some photos we'd taken during our day trip to Banning & Moose Lake State Parks from July last year. So, I grabbed the photos I wanted to highlight (along with a "snow" pic) and began the layout "wishing for summer".
♥~♥*♥~~♥*♥~♥
I had perfect material to work with having just discovered another digi-SB designer, Alice at Red Ivy Designs. I fell in love with ALL her kits... hunted down her blog... and ended up using her kit "Thankful" for this layout. I used one of my own designs for the photomask (from a couple days of "experimental" designing -- i LOVE photomasks! and decided to try to make my own... came up with a set of 4). The font is SU Steel Script.
♥~♥*♥~~♥*♥~♥ 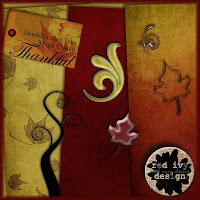 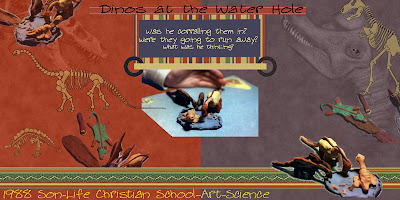 I don't know about your kids, but when my boys were growing up they were into all things dinosaur (plus bugs, video games, sci-fi, etc!). In my search for pics of the skeleton models they made (MANY!), I came across the pics of the clay dinos -- all three boys made dinos AND the staging area... watering hole, pathway/road. Many of our science studies centered around dinosaurs in those days. I thought the "hand" was cute -- not sure whose it was, but can you imagine what they were thinking? Was he trying to make sure they didn't run away? or that they'd stay still for the photo? mmm.... 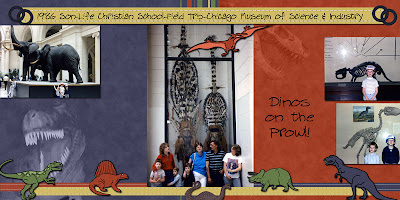 Then we have the museum pics -- many field trips to the Museum of Science & Industry and the Field Museum of History. Now I've got the names all mixed up & I think I put the wrong one in the layout title!! OOPS! Anyway, they had stuffed animal dinosaurs, skeleton models they assembled of dinosaurs, dino stickers, dino puzzles, dino songs, dino tracks, dinos EVERYWHERE!! Working on these layouts yesterday sure did bring back alot of fun, fun memories. Now they're busy with wives (and one has 2 sons of his own)... and I'm sure dinosaurs will once again roam the earth in their family activities.
credits: DinoMyte kit plus addons by MagsGraphics 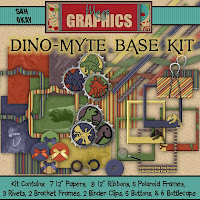 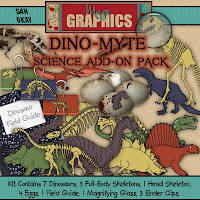