One of the verses that has had special meaning & comfort to me this last year was Romans 12:12—"Be joyful in hope, patient in affliction and faithful in prayer." I decided to use it to create a WordArt using a really fun new font & digital stamp images ("transparencies") from Club Scrap digital kits (full credits below WA). 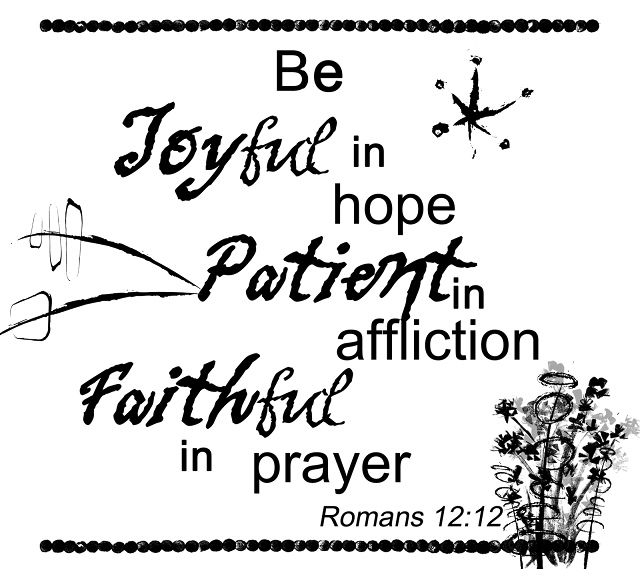 you can get my Romans 12:12 WordArt free HERE
(personal use only—please read TOU)

The worst thing about living in MN is that we're 10+ hrs drive away from our kids, grandsons & my parents. Therefore, I'm doubly thankful for today's technologies and the wonderful free software from SKYPE for video calls. I did this layout from photos snapped during our skyping in December. I call it: 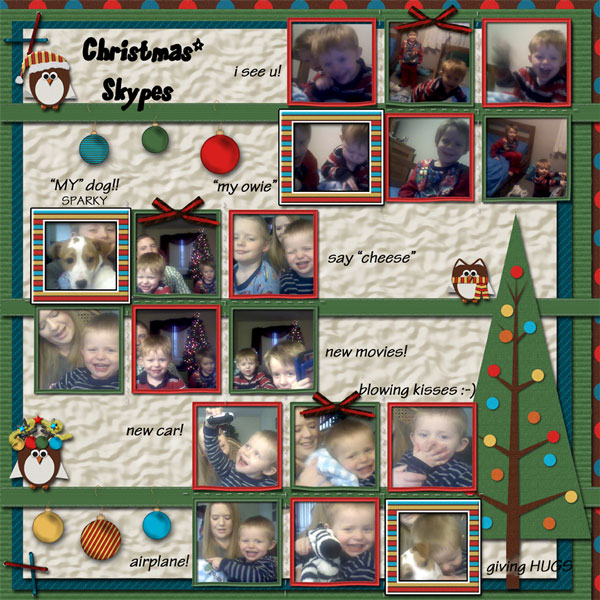 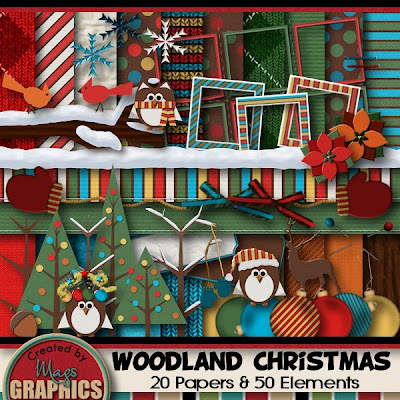 Then, another thing about MN... the winters are usually harsh & bitterly cold. However, this year has been exceptionally mild—even breaking a few records for daily high temps!). Anyway, 2yrs ago (just before Christmas) we were hit with a record-breaking snowfall of OVER 2 feet (very reminiscent of our years living in Michigan! When we 1st moved to MI, we were welcomed by the Blizzard of 1999 which dropped over 3 feet of snow by the time it was done!)!!

These pictures were taken from the basement egret window. The snow had filled up all but a few inches of the window well and darling hubby had to "dig me out" :-)

It was fun using one of Amy's TEMPLATES for this particular layout. I thought it was a great idea to use her "Rain" kit to scrap "SNOW"! In warmer states this storm would've meant rain, but to us Minnesotans it was ALL SNOW! and LOTS of it!! It was the "Blizzard of 2010"... and we got a LOT more than the forecasters had predicted!! Roger & I called it a TSNOWNAMI... it was a doozy!! 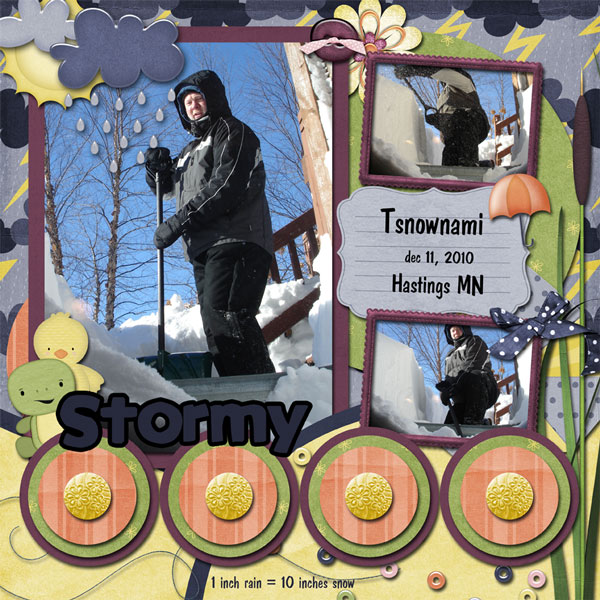 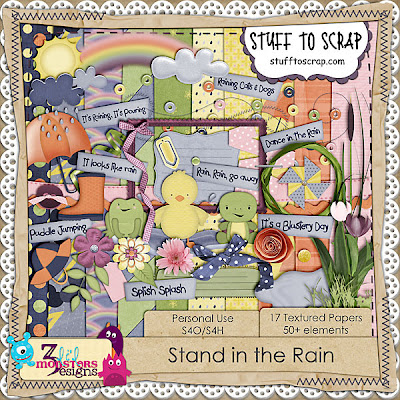 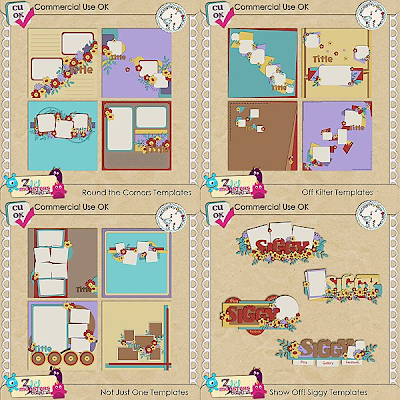